AT THE INTERNATIONAL OPERA AWARDS 2018

The prestigious award bestowed during the ceremony at the London Coliseum, 9 April 2018

Festival Verdi 2017 has won the “Best Festival” prize at the International Opera Awards. The award, accepted by general director of the Teatro Regio di Parma, Anna Maria Meo and development and special projects consultant, Barbara Minghetti during the ceremony at the London Coliseum, was given by a jury of sector professionals chaired by John Allison, classical music critic at The Daily Telegraph and editor of the Opera magazine, internationally considered as the leading publication in the world of opera.

Jérusalem, La traviata, Stiffelio, Falstaff, Messa da Requiem were the headline titles to make up the programme of Festival Verdi 2017, which took place in Parma and Busseto from 28 September to 22 October, with 4 new stagings in 3 different theatres, 4 commissions on debut, and 22 events with more than 100 functions over 25 days. An edition which confirmed the record results of the previous year with more than 23,000 spectators, a further 20,000 attending Verdi Off, and total revenue in excess of €1,300,000. It also showed, with a considerable increase in the number of foreign visitors, the international reach of Festival Verdi and its ability to attract an international audience, with spectators coming from all five continents for the first time.

Competing alongside other festivals including those in Bayreuth and Glyndebourne, the prestigious award crowns the festival’s success, together with the nomination of Graham Vick’s Stiffelio in the “New Production” category, and Isabella Lee, winner of the International Verdian Voices Competition Città di Busseto and who played Violeta in Traviata at the Teatro Giuseppe Verdi di Busseto, in the “Young Singer” section.

The International Opera Awards represent the celebration of excellence in opera around the world, with the goal of continuously raising the profile of opera as an art form, to recognise and reward success in opera, and to generate funds to provide bursaries for aspiring young talent.

The international promotion of Festival Verdi was realised by Teatro Regio di Parma in collaboration with Enit, Istituto Italiano di Cultura, the cultural department of Regione Emilia-Romagna, Emilia-Romagna APT Servizi, the department of Turismo e Commercio of the Comune di Parma, with tour operator partner Parma Incoming and a roadshow with stops at the major tourist fairs in the capitals of Europe, the USA, and Canada. 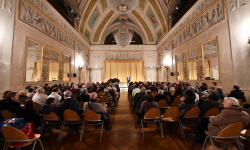 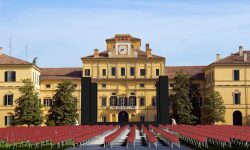 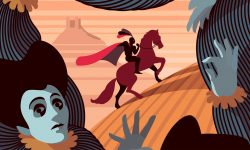