WAS POSTPONED TO A DATE TO BE ANNOUNCED

Due to the persistence of the health emergency, the 2021 edition of the competition is canceled. The event is being rescheduled for the year 2022; news about it will be made known as soon as possible.

The finalists concert, originally scheduled on Saturday June 13 2020 at 9pm and the winners’ gala, on Sunday 14 June 2020 at 9pm have thus been cancelled

Due to the limitations imposed by the Prime Minister’s decrees aimed at containing the COVID-19 epidemiological emergency, since March 1 2020 up to the latest, dated May 17 2020, which prohibits public and private assembly, international travels, as well as the reopening of theatres until June 14 2020 inclusive, the 58th edition of the International Competition Voci Verdiane “Città di Busseto” couldn’t take place this year as was intended.

The Municipality of Busseto and the Teatro Regio di Parma’s Management will assess whether, and when, it will be possible to reschedule the entire event in autumn. Any news will be announced as soon as possible.

The Finalists’ Concert, with the announcement of the winner, scheduled on Saturday June 13 2020, at 9.00 pm at Villa Pallavicino in Busseto, and the Winner’s Gala Concert, scheduled on Sunday June 14 at 9.00 pm in Giuseppe Verdi’s Birthplace in Roncole Verdi, that were announced during the presentation of the Teatro Regio di Parma Opera Season 2020, are consequently cancelled.

The International Competition Voci Verdiane “Città di Busseto”, which is organized by the Teatro Regio di Parma, is promoted annually by the City of Busseto and carried out under the High Patronage of the President of the Republic, in honor and memory of Carlo Bergonzi. Chaired by the Mayor of Busseto Giancarlo Contini and directed by the Teatro Regio di Parma General Manager, Anna Maria Meo, the competition traditionally takes place in Busseto.

The Jury is composed of authoritative members of the musical world, conductors and managers of some of the most prestigious opera houses and musical institution worldwide. In addition to the selection of candidates, from the preliminary rounds up to the final, its prerogative is also to identify among the participants the interpreters of a work on the bill at the Teatro Giuseppe Verdi in Busseto as part of the Festival Verdi program of the same year. 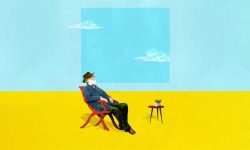 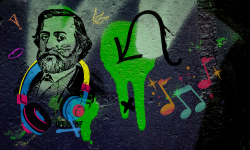 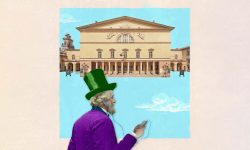